Tide of Iron: Days of the Fox - Consignment 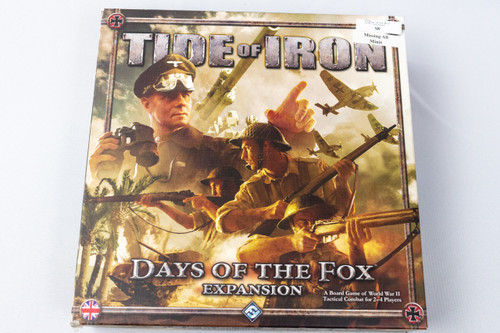 Tide of Iron: Days of the Fox - Consignment

Across the Mediterranean lie the deserts and mountains of North Africa where soldiers of the British and German armies fight the greatest war in human history. Field Marshal Erwin Rommel leads a brilliant offensive against Commonwealth forces, far exceeding his orders and earning himself the nickname "The Desert Fox".

Tide of Iron: Days of the Fox, the first expansion for Tide of Iron, features the introduction of the British army and the North African campaigns, including new terrain tiles, new rules, new units, new scenarios, and nine new geomorphic double-sided map boards.

Used games are checked for basic playability and components, but show normal wear and tear as a used game. Used games are not available for return and are sold as-is.
×