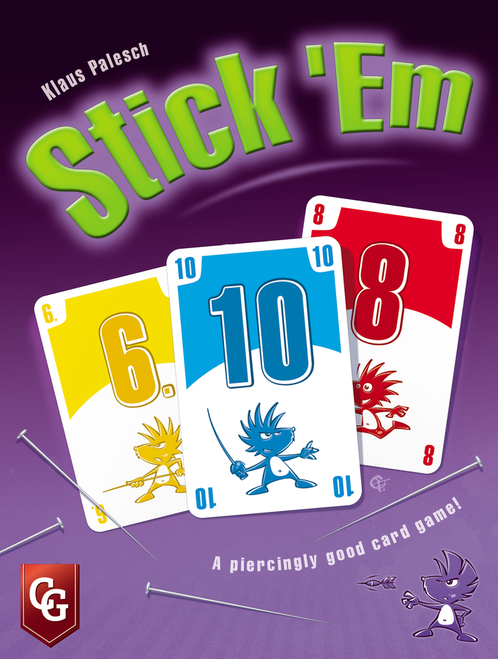 In the trick-taking card game Stick 'Em, first released as Sticheln, players seek to gather points each hand by taking as many cards as possible of all but one color, while trying to avoid cards of one color of their choosing.

In more detail, at the beginning of each hand, each player simultaneously selects and reveals one card from their hand, with the color of this card representing their "pain" color. At the end of the hand, each card of this color that they've collected (including their initial choice from their hand) is worth negative points equal to the card's face value. Each card of another color that this player has collected is worth 1 point.

Play as many hands as the number of players in the game, summing each player's points over those hands to determine a winner.