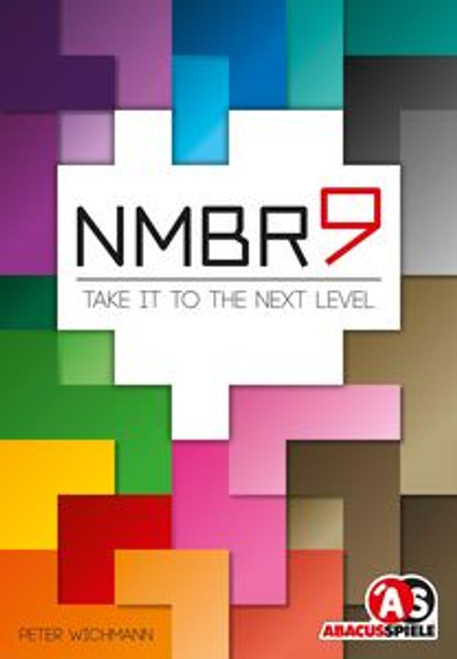 Numbers aren't worth anything in NMBR 9 unless they're off the ground floor and looking down from above.

The game includes twenty cards numbered 0-9 twice and eighty tiles numbered 0-9; each number tile is composed of squares in some arrangement. After shuffling the deck of cards, draw and reveal the first card. Each player takes a number tile matching the card and places it on the table. With each new card drawn after that, each player takes the appropriate number tile, then adds it to the tiles that they already have in play, with each player building their own arrangement of tiles.