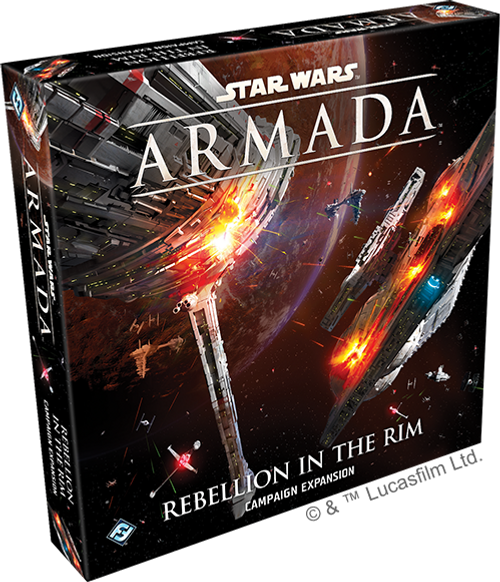 The galaxy is at war. The Galactic Civil War rages across the stars, nowhere more fiercely than the lawless Mid and Outer Rim. Newly promoted commanders lead their fleets to these systems, looking to make a name for themselves as they vie for resources, allies, and ever more control of the galaxy. As they grow in power, all suspect that a grand final battle is approaching in the Rim—one that will determine whether the growing Rebellion will be crushed under the fist of the Empire, or if the spark of hope will burn down the established power structure and allow a new age to begin.